Dr. Julianne Flynn is the South Texas Veterans Health Care System (STVHCS) Chief of Staff. Dr. Flynn is currently serving our country as a Colonel in the Air Force Reserves where she is Squadron Commander for the 433rd Aeromedical Squadron in the 433rd Airlift Wing. Dr. Flynn is board certified in Internal Medicine, Psychiatry and Psychosomatics and on staff with University of Texas Health Science Center at San Antonio (UTHSCSA) as an Assistant Professor.

Dr. Flynn received her Medical Degree from the University of Chicago, Pritzker School of Medicine in 1996 and completed an Internal Medicine and Psychiatry residency at Walter Reed Army Medical Center in 2001. Prior to attending medical school, she designed and fabricated ceramic and thermoplastic composite parts as an Applications Engineer at the Du Pont Company in Newark, Delaware for several years. She holds a Bachelor of Science in Mechanical Engineering from Rensselaer Polytechnic Institute in Troy, NY.

Throughout her career, Dr. Flynn has held several positions in medicine and public service. While on active duty, she served as Chief of Psychiatric Consultation Liaison Service, Deputy Chief, Intensive Addictions Services, and Site Associate Residency Training Director for the National Capital Consortium Psychiatry Residency for Andrews AFB. In 2003 she deployed as a Critical Care Air Transport (CCAT) physician as part of the 447th EMEDS, and then assumed the role of Chief of the Emergency Services at 447th EMEDS, Baghdad, Iraq. In June 2004, she was selected as Deputy Residency Training Director for the UTHSCSA/SAUSHEC Psychiatry Residency at Wilford Hall Medical Center. In 2007, she left active duty and joined STVHCS where she has held positions as Substance Abuse Treatment Program Medical Director and Associate Chief of Staff for Mental Health until she was selected as STVHCS Chief of Staff in August, 2010. 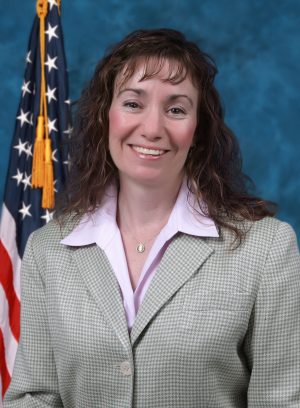 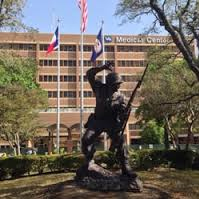